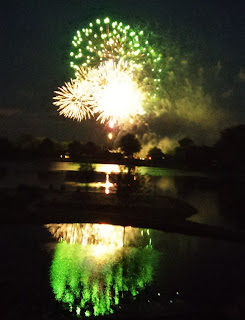 The first New Year’s Eve I remember I was 6 years old. I wondered what “New Year” meant and my mother explained as she put me to bed. “When you wake up,” she said, “it won’t be 1954 anymore.”

There have been lots of memorable New Year’s celebrations from family parties where my father joined us on the floor playing “Twister” to a college party where someone went out to the porch and fired a shotgun as the ultimate noisemaker. Once I took my son skiing in Colorado for Christmas break. We were so tired we couldn’t stay up until midnight. I managed to see the ball drop in Times Square but with the difference in time zones it was only 10 p.m. in Colorado.
Somewhere in my kitchen cabinets are a pair of champagne flutes with stems that spell out 2000. I bought them on a Christmas cruise, but I didn’t have time to use them to usher in the new millennium. There were so many fears that the new date would cause major computer glitches that the entire news staff was on duty that night just in case. It was probably the tamest New Year’s ever.
I have lots of New Year’s memories, but for some reason I can’t remember what I was doing two years ago on New Year’s Eve, a month or so before I heard the word Covid. And I don’t have many memories of last New Year’s Eve — days before “patriots” attacked the capitol of our own country.
I have given up on resolutions or New Year’s predictions. I have no concept of what tomorrow might bring. The only thing I know for sure, when I wake up it won’t be 1954 anymore.