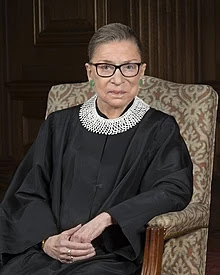 Women have lost a lot lately.

First it was Ruth Bader Ginsburg, who died Sept. 18. Long before she was appointed to the Supreme Court in 1993,  she championed gender equity. Thanks to her work, and 1974’s  Equal Credit Opportunity Act, women can get credit cards and mortgages without a male co-signer. She made it possible for me to buy a home in my own name after my husband left me with a son to raise.

She fought for equal wages, protection for pregnant workers, and for widowers to receive the same benefits available to widows. Life was a little easier for single moms like me because we knew Ruth was fighting for us.

Then this week we also lost Helen Reddy, the Australian singer who championed women’s rights not  in a court of law but on the stage of public opinion. She taught us to raise our voices with pride:

“I am woman, hear me roar/ in numbers too big to ignore/ And I know too much to go back an’ pretend

Cause I’ve heard it all before /And I’ve been down there on the floor/No one’s ever gonna keep me down again.”

But the final blow came from India. A 19-year-old girl died after she was gang raped and mutilated as a political statement by one caste against another. Although Indian law doesn’t allow the young woman to be identified, she represents so many women in the world who face discrimination and abuse. She reminds us that we are not invincible as long as any woman anywhere can be tossed aside like a piece of garbage.

We are Ruthless and Reddy. Hear us Roar.